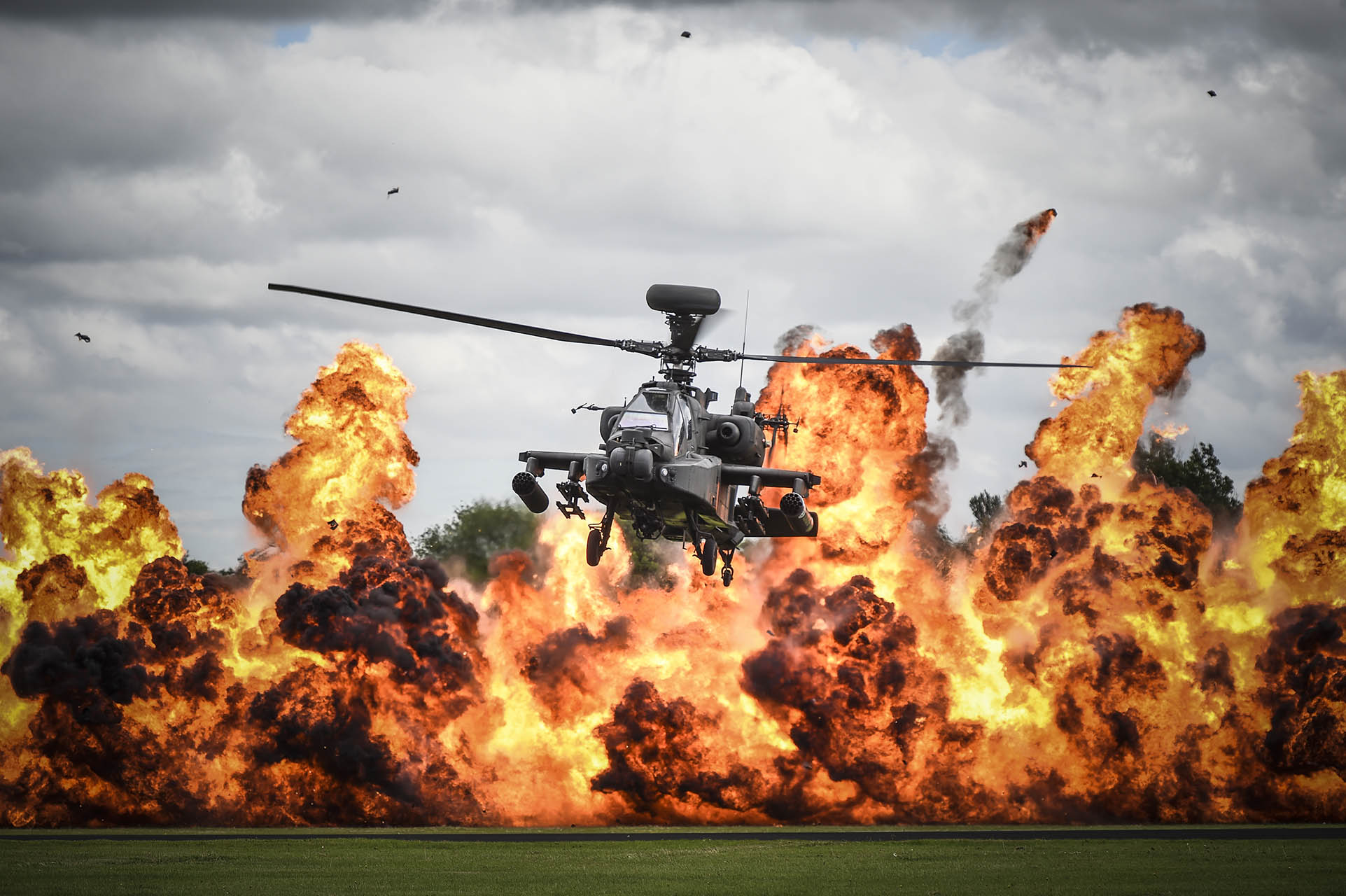 Posted at 11:24h in News by RAF Cosford Air Show Office 0 Comments
1 Like

We’re delighted to announce that the Attack Helicopter Display Team will be returning on Sunday 9th June, with their explosive display showcasing the Apache gunship helicopter.

The Apache is the Army Air Corps’ primary attack helicopter and its display, accompanied by ground-based pyrotechnics, is always one of the crowd favourites at the Air Show. Today, organisers also confirmed an assortment of other helicopters for static display: The Royal Air Force will send a Puma HC2 troop transportation helicopter, the Royal Navy will showcase their Merlin HM2 submarine hunter and the Midlands Air Ambulance Charity will exhibit their newest H145 life-saving helicopter.

We’re pleased to have a number of exciting helicopters on display at the Air Show, big and small, military and civilian, which our visitors will be able to interact with.